Bhuj serves as a perfect pit stop for one of the best road trips in the country. After having tea and breakfast near the bus stand,we head to see, one of the best palaces in Indian subcontinent,the beautiful Vijay Vilas Palace situated at the shore of Mandvi.This palace was built by Maharao Shri Khengarji III.Construction was started in 1920 and completed in 1929. Mandvi is 1 hour from Bhuj and at a distance of around 60 kms via highway.
You can find its peek in various television series, and in Bollywood movies like Hum Dil de Chuke Sanam and Lagaan. You see its beauty at peak in monsoons when the green cover is at the peak and the view from its terrace shows the lush green lawns heading into the horizon.You can hear peacocks while you admire the stained glass windows and dome architecture clubbing Rajputana with Bengal domes.Palace is also home to the Royal family of Kutch since 2001 when the earthquake damaged the other palace Ranjit Vilas and also houses a museum.It also offers air conditioned tents on its private beach to those who may wish to spend some time in luxury. 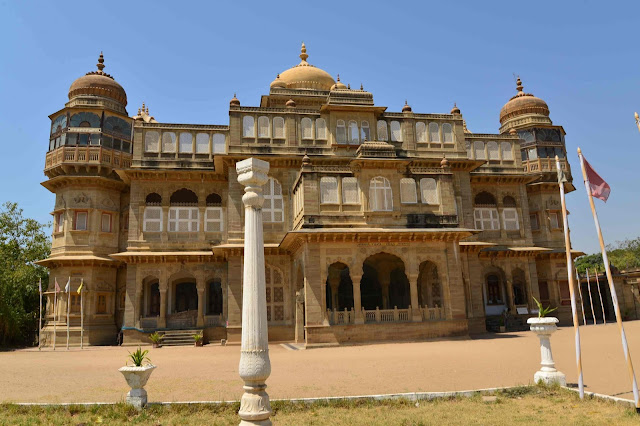 Very well maintained this summer palace is a gem to be discovered.After visiting this magnificent wonder, we head to Mandvi quaint town which is also a small port,it takes an hour to reach Mandvi from Bhuj,
One of the best places to have lunch in this small town is the Osho hotel.It is a small place run by 2 brothers and is known for its lovely Indian vegetarian meal.
They continue to serve you Gujrati delicacies, till you can stuff no more.
Unlimited chaas(butter milk) and curries sweet rice and hot poories, are the perfect food for soul at a very nominal price. No wonder ,its a huge hit with both the locals and the tourists here. Once you finish your meal do head to the beach for a camel ride and horse ride in the evening. 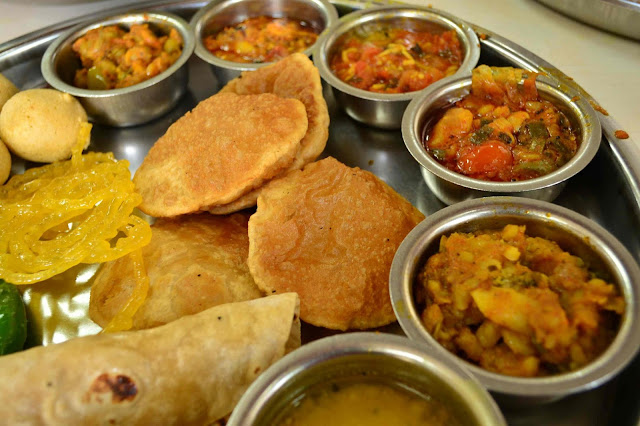 On our way back, we visit the beautiful Swami Narayan temple which was built on the request of devotees from this region.Swaminarayan had graced this temple and installed idols of Narnarayan dev and his own form - Harikrishna Maharaj in central sanctum sanctorum of the temple. Also present are the idols of RadhaKrishna Dev, Harikrishna Maharaj, Ghanshyam Maharaj. Roop Chowki houses the images of Ganapati and Hanuman.A large part of this temple was also destroyed in the earthquake but was rebuilt. 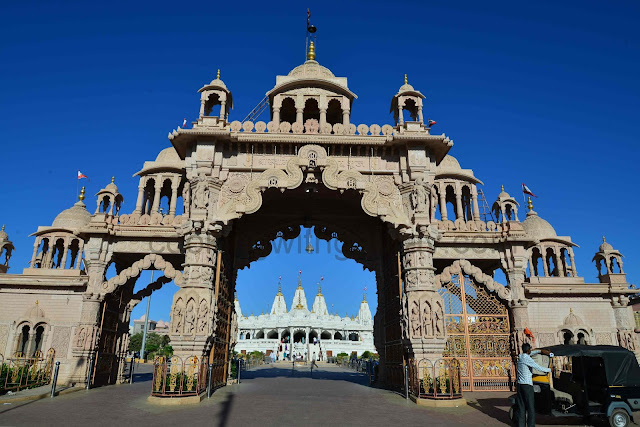 Another master piece in this quiet town is the Prag Palace and Aina Mahal. It has also been featured in Bollywood movie Lagaan.Prag Mahal is named after Rao Pragmalji II, who commissioned it .It was designed by Colonel Henry Saint Wilkins in the Italian Gothic style,and built in 1865-79.The palace artisans' wages were paid in gold coins.Construction of the palace, which ultimately cost 3.1 million rupees, was completed during the regency of Khengarji III (Pragmalji II's son).The local Kutchi builder community (Mistris of Kutch) were also involved in construction of Prag Mahal along with Colonel Wilkins.Truely beauty of Kutch is one which needs to be discovered.. 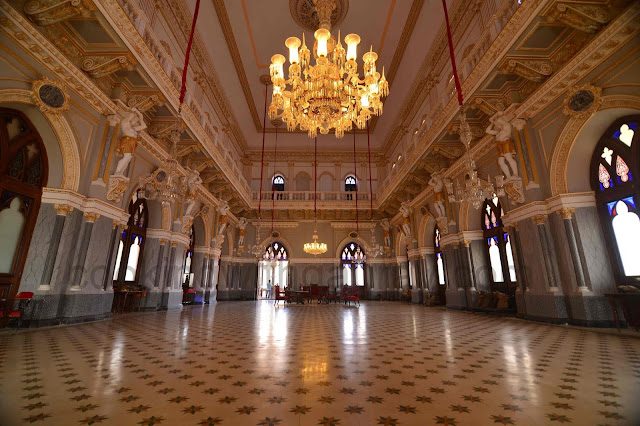 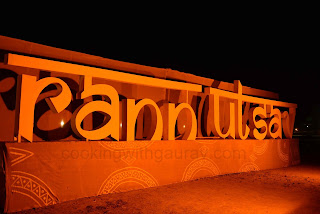 We head to the western tip of India to visit the celebrations of the white Rann-yes,the mystical and exotic Rann of Kutch. Best bet to visit the Rann is on a full moon night where the whole place transforms into a beautiful white canvas filled with diamonds.
You can choose to stay in Bhuj city and hail a cab to visit Rann in case you do not wish to live in tents.
Rann is 2 hour drive from Bhuj, where we see this magical place unravel its beauty, after taking necessary permissions from Border Security Force as Dhordo is around 35 kms from Pakistan.Its a proud moment to see the tri-color in its full glory, at the check-post where the taxis have a stoppage to register their visit.
Key dates : Rann utsav starts in Nov 2015,ends Feb 16 in this winter. 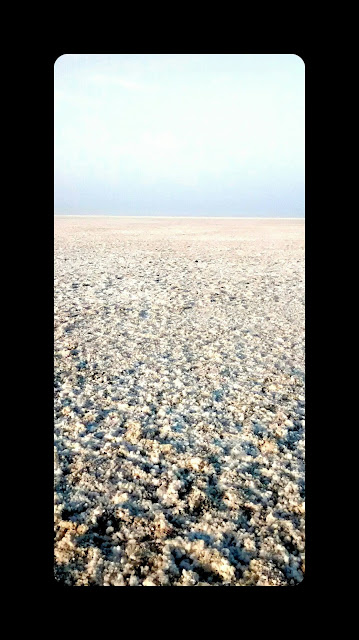 We then reach our destination to see the magic of nature, enthusing romance in even the most cynics. On one hand is the majestic sun fading away and setting the whole environment in hues and shades of bright orange and red, like a new bride while the moon rises like her groom, awaiting her bashfulness in his arms in his calm fairness. Sun soon melts down this wide canvas and you are lost at the painting nature paints replacing heat with calm winds.Stars arise and on a full moon night, white Rann looks like a bed of diamonds made of crystalline salt deposits extending its influence across horizon. Its now time to head home. 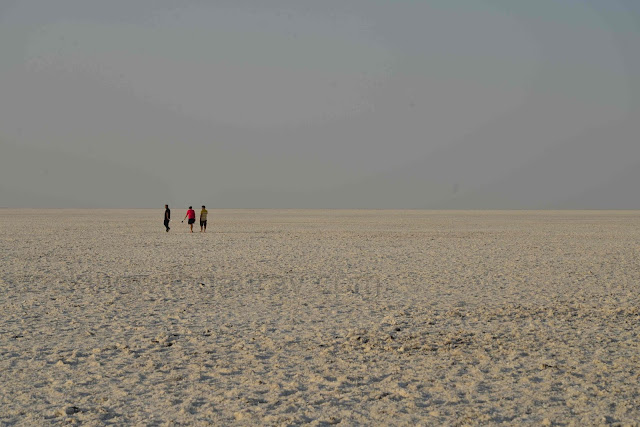 Must mention a tiny hamlet on our way back, Bhirandiyara which has the best mawa you can taste in the whole world.Most people here are shepherds ase vegetation is sparse.You will see herds of camels,sheep and goats crossing your vehicles many a times. 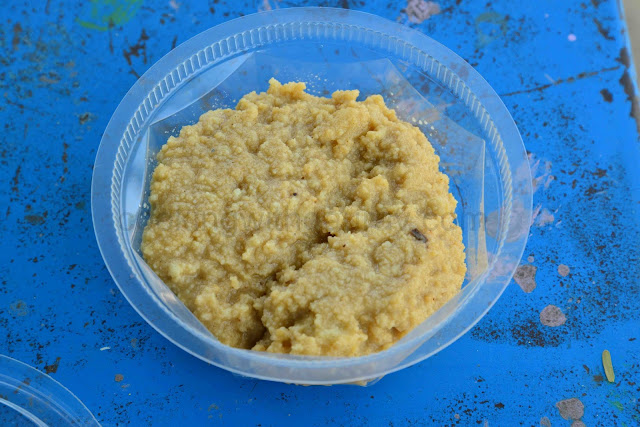 Our next destination in this desert town,next morning, as we leave our hotel KBN in Bhuj city is the sparsely populated town of Lakhpat. It is situated at the northwest of Bhuj and is know for the historic ruins of ancient India.In the ancient past, before the Sindhu river changed its course,Lakhpat was the city of millionaires as it was a famous port at the mouth of Kori creak but the present scene is very different from history.Also, known for its Gurudwara Lakhpat saheb , Hatkeshwar temple and Pir Ghaus Muhammed tomb, it holds significant importance for all 3 communities Sikhs,Hindus and Muslims.Seaside side of the fort is guarded by BSF as it is very close to international border in the salt marsh land. 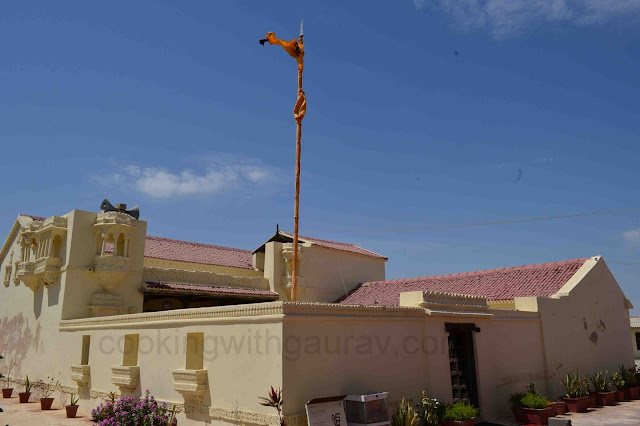 Gurudwara Lakhpat Saheb was visited by Guru Nanak when he was on his way to Mecca.It has been awarded UNESCO Award for the rehabilitation work post earthquake which shattered Bhuj in 2001.Pir Ghaus Muhammed tomb is revered by both Hindus and Muslims and water tank opposite to his tomb  is said to have healing properties.Hatkeshwar Mahadev and Ambika temples were badly damaged in earthquake in 2001  but were rebuilt by Nagar community and other devotees
Tip: If you want to visit Lakhpat, start early.It is advised you leave the fort before sunset. 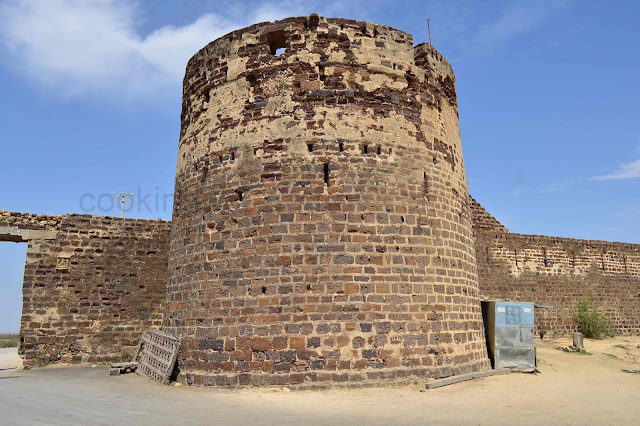 Another place worth visiting is the block printing small scale industry at the outskirts of Bhuj and near by town 8kms from city centre,Bhujodi and Ajrakhpur.It is really marvellous to see how nature's harsh weather in summer actually helps the artisans here.All the heat and barren land does provide a perfect landscape for the vibrant colors of Gujrat. These hamlets are frequented by all major designing studios from India and abroad and they very proudly showcase their talent to anyone who wants to visit them. We here meet locals men women and children, who very warmly share how each vegetable dye is made and its heaven to anyone who loves clothes dyes and fabrics. 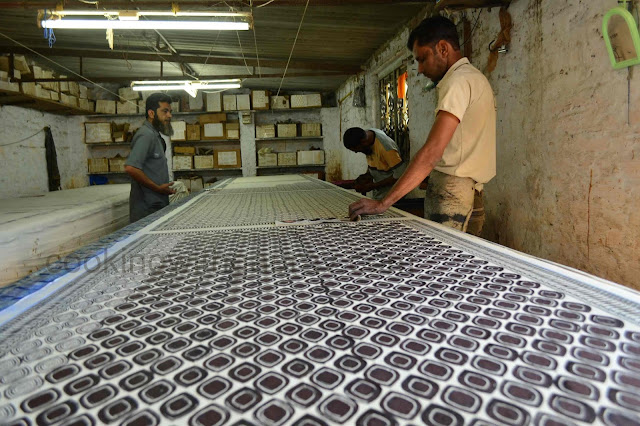 You can see the blank cotton sheets being block printed to various hues of maroon yellows and indigo. Name any color and you shall find. Many of these artisans are those people who were worst affected when earthquake struck Kutch region and had lost their everything. Many NGOs along with Gujrat government worked to rehabilitate them. It is a remarkable story to hear from them and what a turnaround it has been.You can hire a taxi or an autorickshaw and visit the craftsmen by road. Whether its hand-painted goods or embroidered bedsheets,sarees,clothing, block printing or bead-work you will find hardworking souls earning their living from the real gift from God -art. 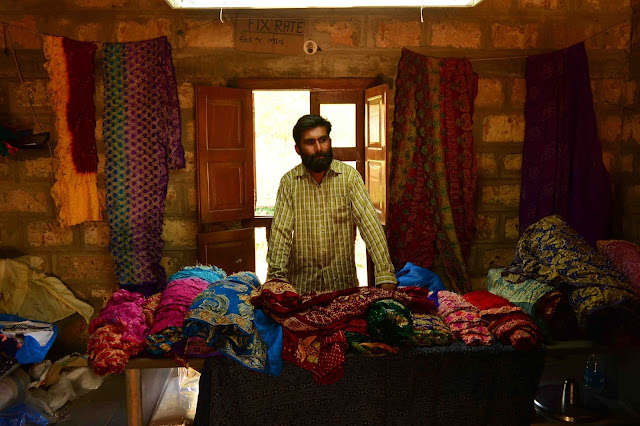 Another place worth a visit is the Hiralaxmi crafts village which has monthly exhibition for any craftsmen artisans who would want to display and sell his/her craft. Many people have got a benefit of this textile park and you can get everything from Kurtis to Paintings from bandhani  tie and dye sarees to local handicrafts which showcases the talent of the region.It is similar to Pragati Maidan at Delhi.Every month the people showcasing their craft change and this provides a platform to one and all. If spending time with family is on your mind or some good shopping at dirt cheap price, this is one place which will not disappoint you!