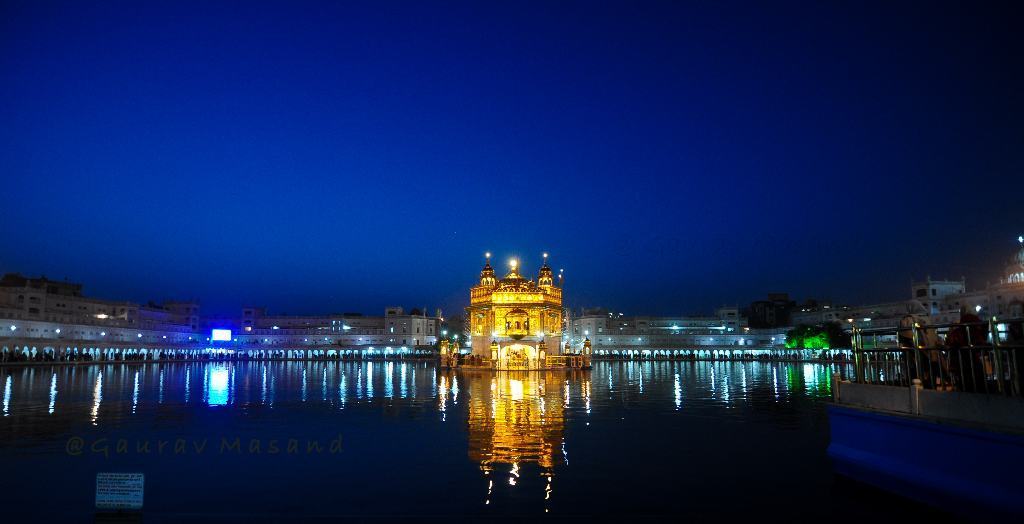 We required divine intervention to continue ahead with the blog, and what better place than Amritsar.
Amritsar:the spiritual capital of the Sikhs and gained its name, meaning "Holy Pool of Nectar", from the body of water around the Golden Temple.
We start our journey for search of good food with a visit to the golden temple(Harmindir Sahib). So in this part we will cover the visit to the Golden temple and continue with the places known in Amritsar for excellent mouth watering food.

To reach and plan your Visit to Amritsar, refer to the below link
Amritsar Wikitravel
More details on Golden temple(Harmandir_Sahib)
Golden Temple,Amritsar 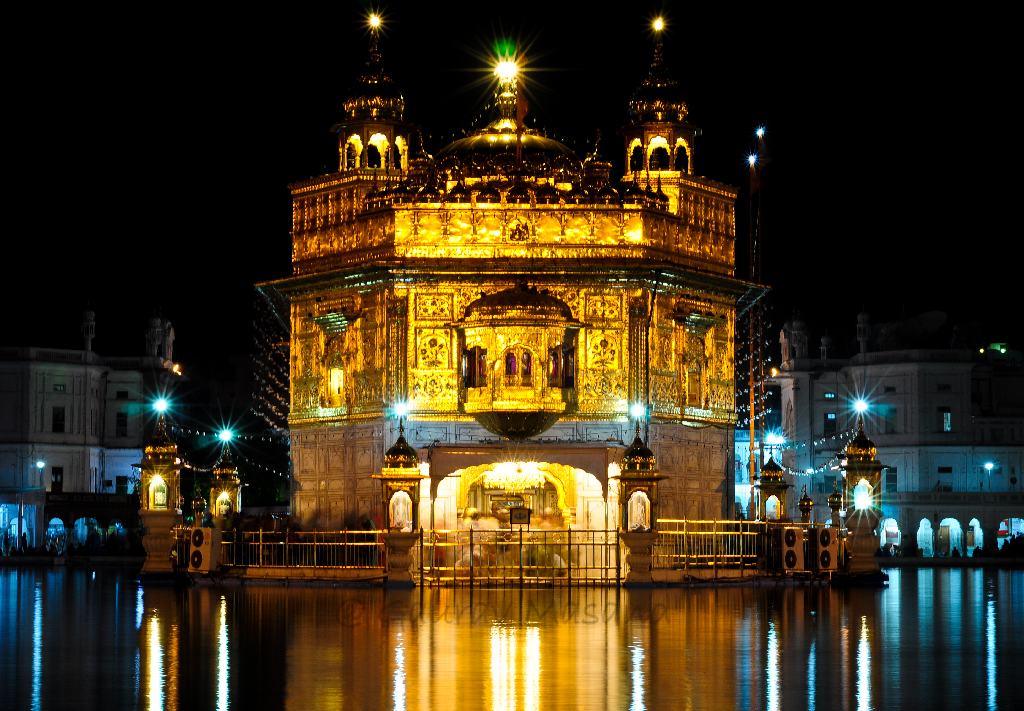 Harmandir Sahib is considered holy by Sikhs. The most holy text of Sikhism, the Guru Granth Sahib, is always present inside the gurudwara. Its construction was mainly intended to build a place of worship for men and women from all walks of life and all religions to come and worship God equally

The Golden temple is open all around the year,365 days and for 24 hrs. You may visit the complex at any time of the day/night, however, there is a ceremony at sunrise and sunset,so 'darshan' is stopped at that time. The morning ceremony (Palki Sawari) is around 4.30 am and the evening one (Samapti) is around 9.30 pm,this depends on the winter/summer season,so you need to check accordingly. 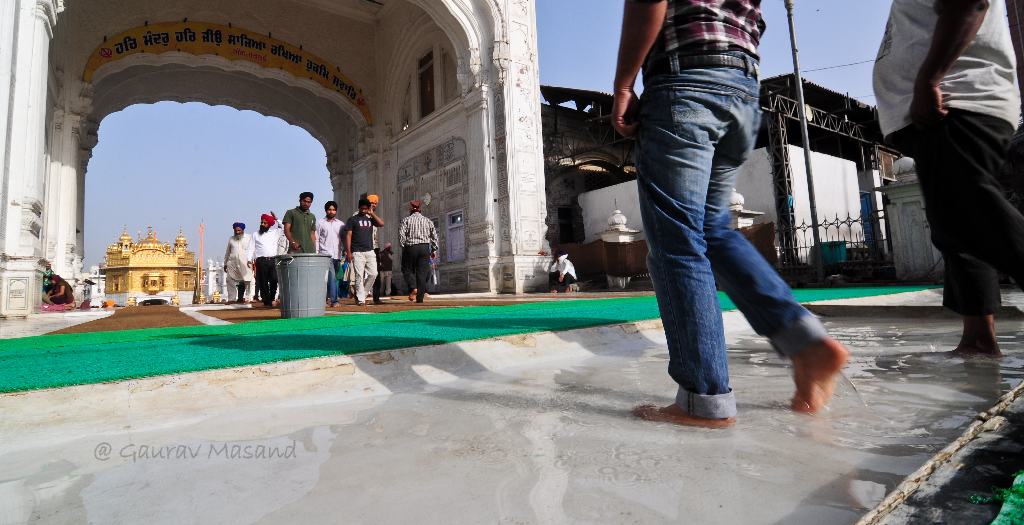 It's one of the calmest place We have ever visited,you can straight away walk into the complex ,just need to deposit the shoes at the shoes stand in the complex and cover your head.(which is a mark of respect) 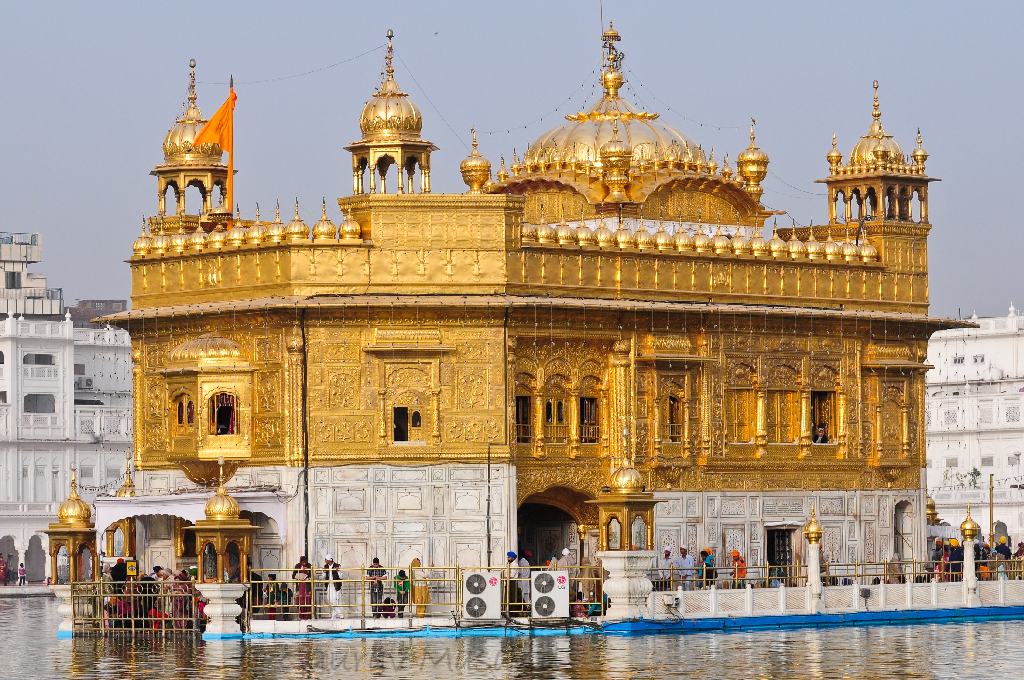 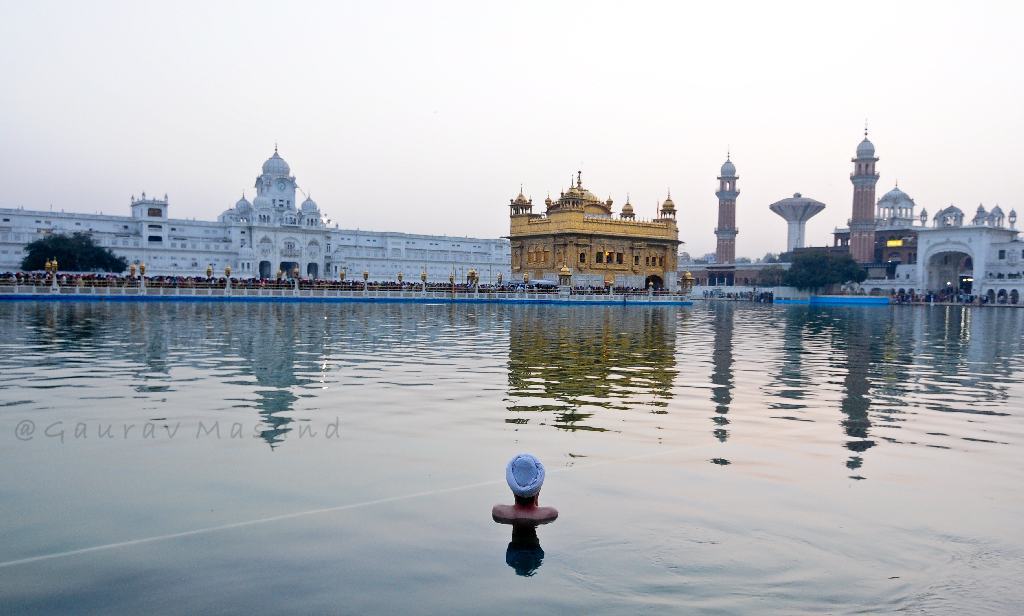 The present day Golden Temple was rebuilt in 1764 by Maharaja Jassa Singh Ahluwalia (1718–1783) with the help of other Misl Sikh chieftains. Between 1802–1830 Ranjit Singh did the sewa of adding gold plating and marble to the gurudwara, while the interior was decorated with fresco work and gemstones. 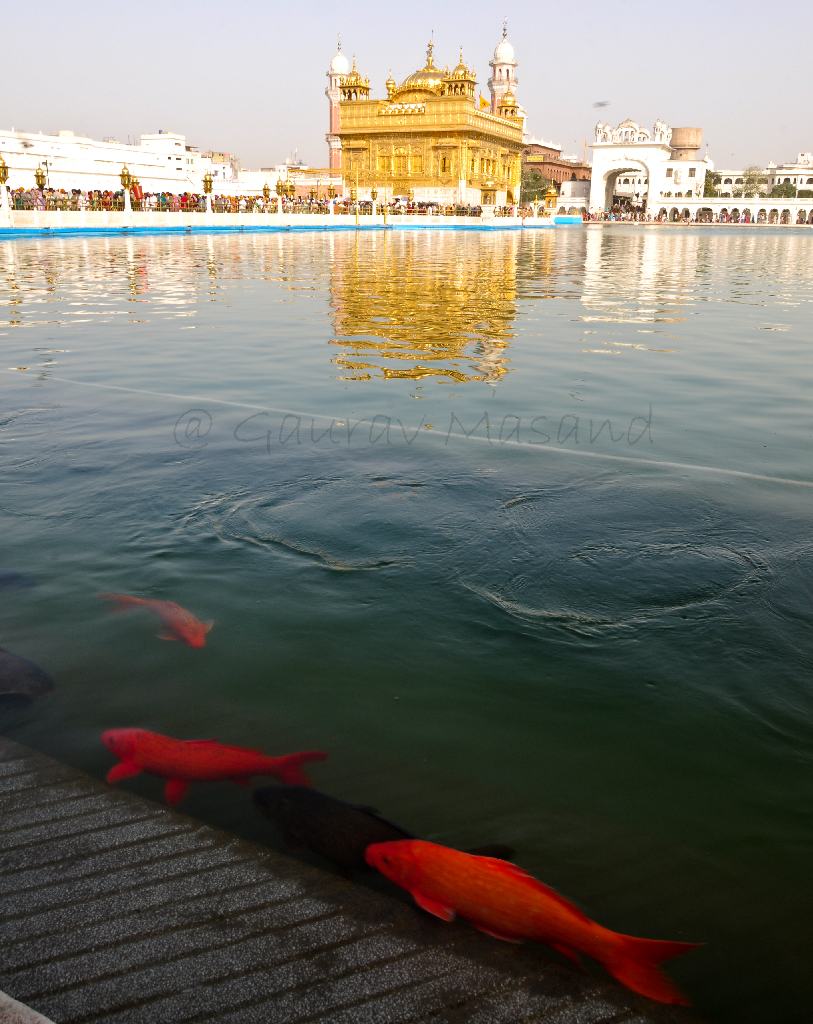 The gurdwara is surrounded by a large lake or temple tank, known as the Sarovar, which consists of Amrit ("holy water" or "immortal nectar") 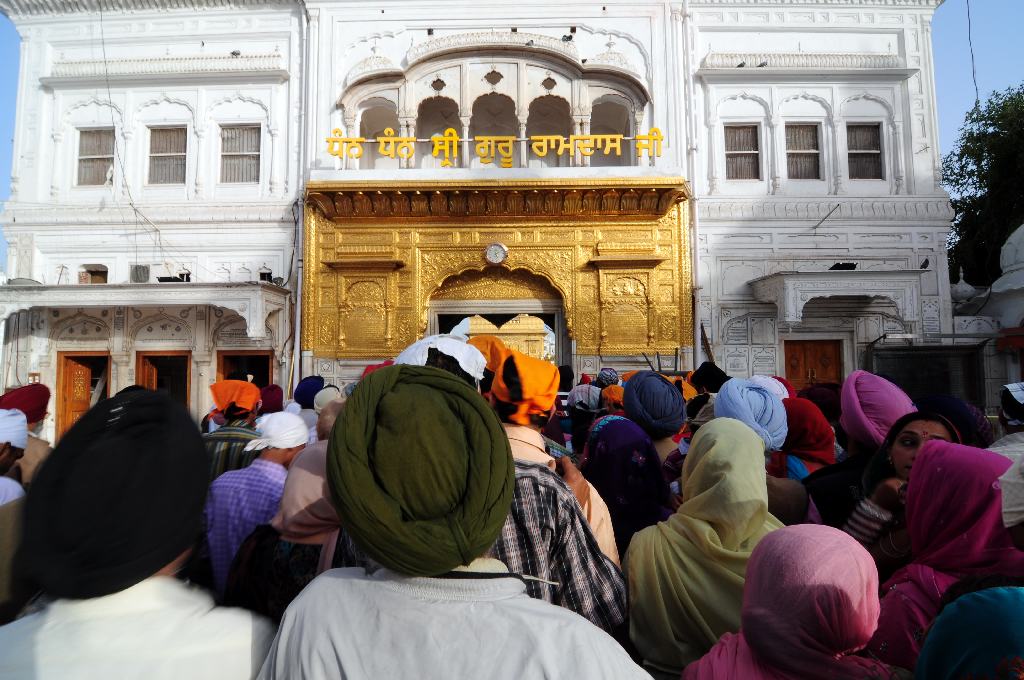 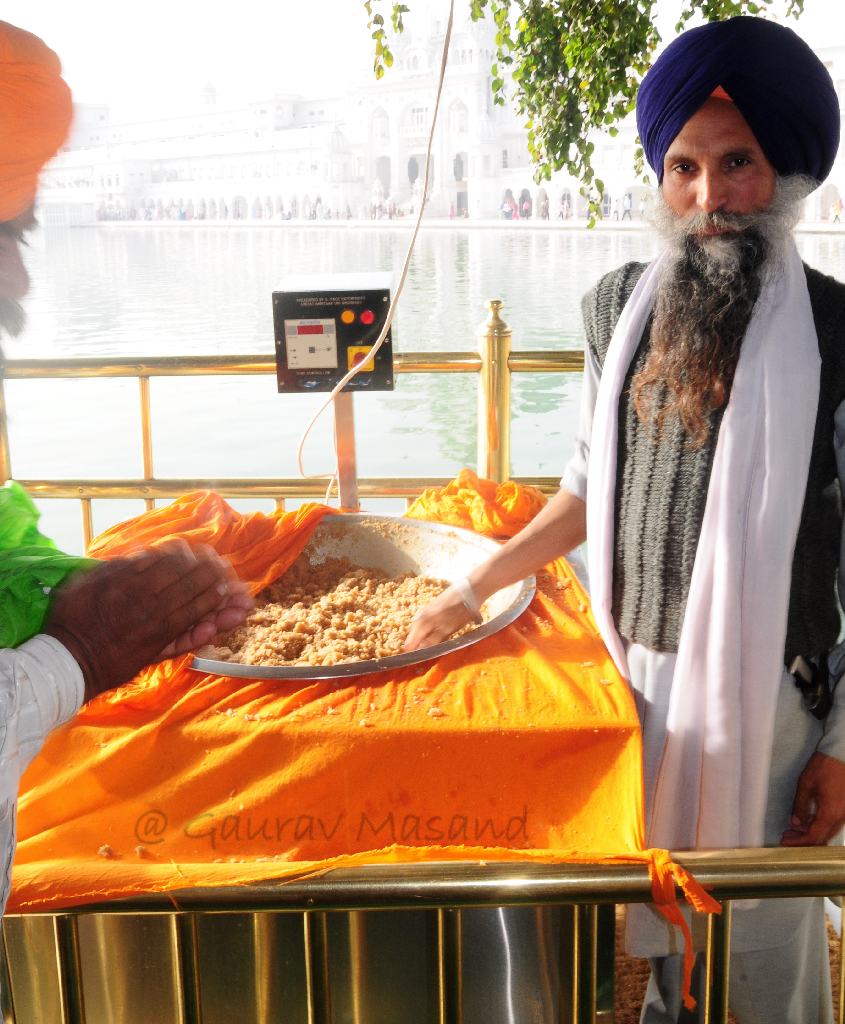 At the exit, you receive the 'prasad' (Sacred pudding),made up of wheat flour,ghee,sugar and lots of devotion. 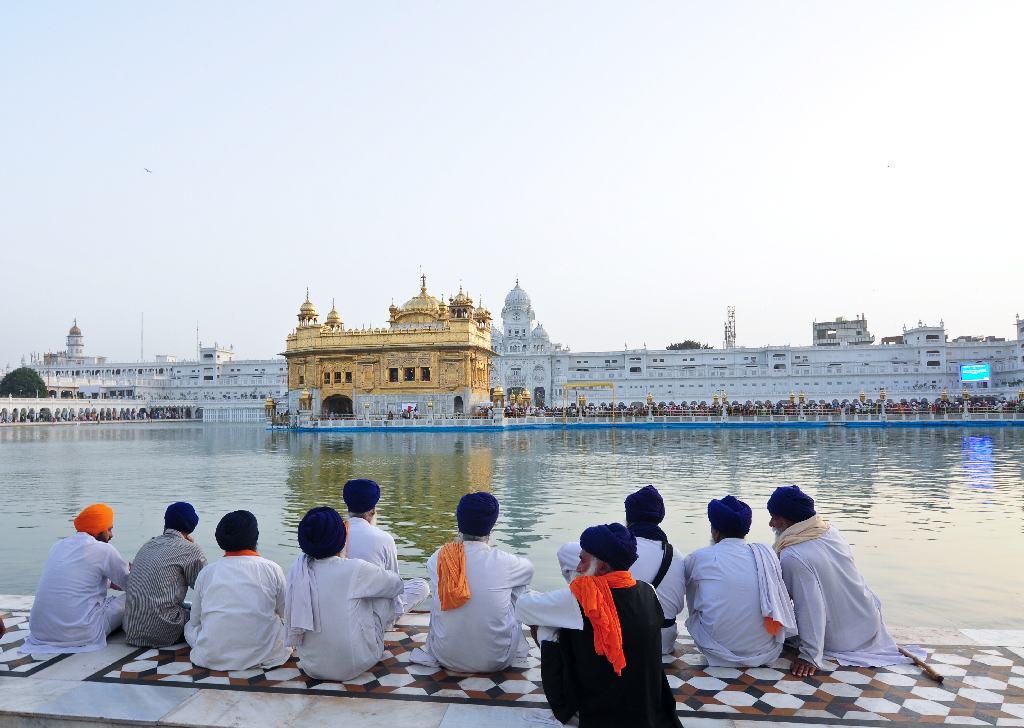 Most Sikh people visit Amritsar and the Harmandir Sahib at least once during their lifetime, particularly and mostly during special occasions in their life such as birthdays, marriages, childbirth, etc. 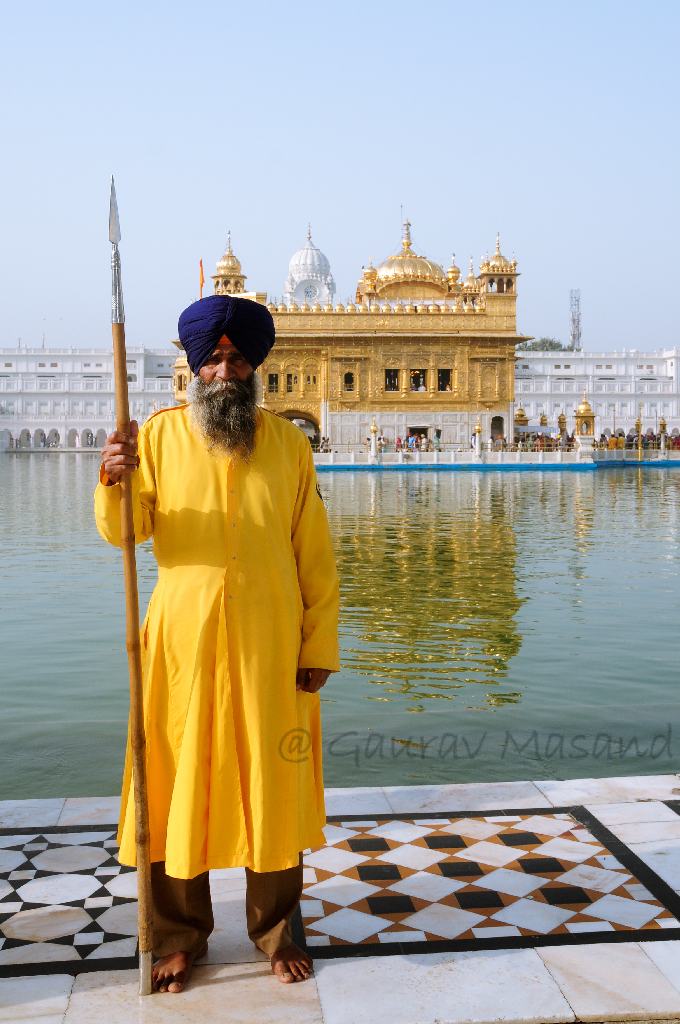 A Sikh gaurd at the Golden temple. 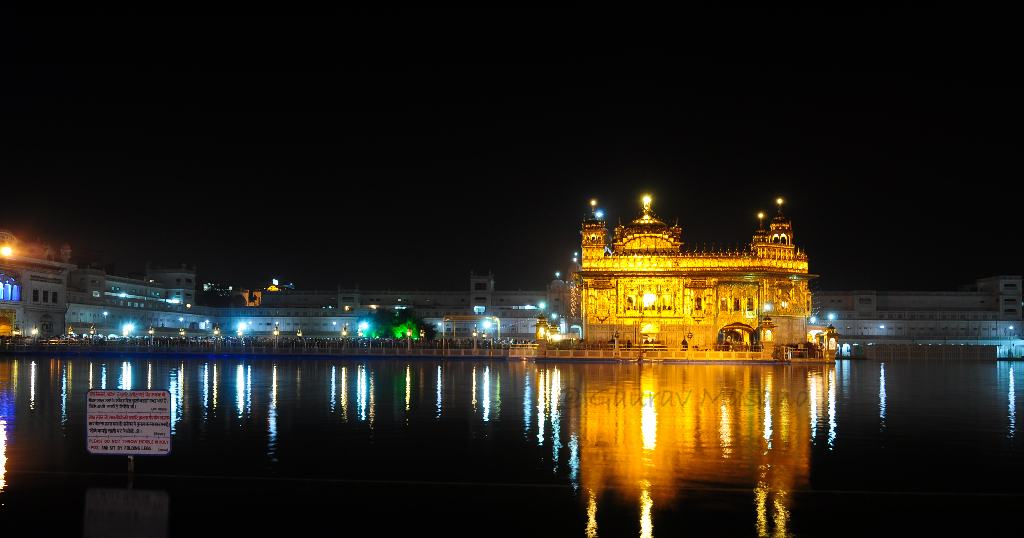 Similarly Diwali is one of the festivals which sees the Harmandir Sahib beautifully illuminated with Divas/Diyas (lamps); lights and fireworks are discharged.

In the next part, Visit to the community kitchen at Golden temple.
Posted by Gaurav and Bhavana at 1:30 AM